Most of the Livery Companies of the City of London evolved from the medieval trade Guilds which had come into existence as a result of the natural inclination of members of the same trades and occupations to band together for good fellowship and mutual aid and protection. In furtherance of this, Guilds sought to establish and maintain high standards of business conduct and product quality from all their members, and to perpetuate these standards by helping in the education of future generations in the particular practices and techniques of their individual crafts.

From an early stage there was an emphasis on charity, with the Guilds supporting their members or their families who had fallen on hard times or were suffering poor health. Also, there was a strong religious element in the Guilds, each owning their own chapels or being attached to a local monastery or church and having their own patron saints. Although less important following the Reformation, this spiritual connection is maintained to this day through such aspects as the Livery Companies’ use of the prefix “Worshipful” in their names. On special occasions, the Guild members wore distinctive robes, or liveries, and consequently became known as “Livery Companies”. To further protect their interests, these companies sought from the Crown, and were granted, charters which gave them legal rights and stressed their responsibilities for and control of the commercial/trade standards, which they operated until centuries later.

The Worshipful Company of Framework Knitters traces its origins to 1589 when William Lee of Calverton in Nottinghamshire invented a method of knitting mechanically. It was incorporated by Oliver Cromwell, Lord Protector of the Commonwealth, on 13th June 1657 and was re-incorporated and its privileges extended by Letters Patent of His Majesty King Charles II on 19th August 1663 with the style, “The Master, Wardens, Assistants and Society of the Art or Mystery of Framework Knitters of the Cities of London and Westminster and the Kingdom of England and the Dominion of Wales”. The Company was incorporated by order of the Court of Aldermen as a Livery Company of the City of London on 9th June 1713, being 64th in order of precedence.

A comprehensive history of the Framework Knitters, written by Sheila Mason, a Liveryman of the Company, was published in 2000. It details the Company’s relationship with the craft, the hosiery and knitting industry and its rôle as a City of London Livery Company. Indeed, the Company takes great pride in the fact that it has provided no less than eight Lord Mayors of the City of London. This authoritative history is a testimony to the diligent research of its author, and has been of especial interest to historians, particularly those interested in the knitwear and hosiery trades, and to students requiring information for University or College theses on the hosiery, knitting or textile related trades, as well as other Livery Companies and chroniclers of social change. Copies, costing £40 plus £5 postage and packing (within the UK) may be obtained from the Clerk of the Company.

The Framework Knitters, like the majority of Livery Companies, no longer controls its trades but maintains a close association with them. Many of the Company’s members, both men and women, have direct connections with the knitting and hosiery industries, and assist them with various charitable works including Student Bursaries, Scholarships, and Almshouses, thus maintaining many of the original aims of the medieval Guilds. 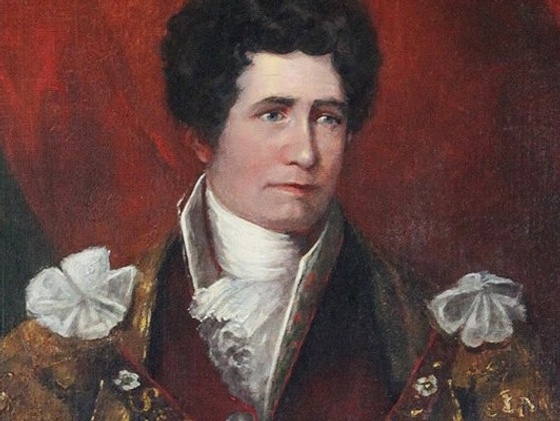 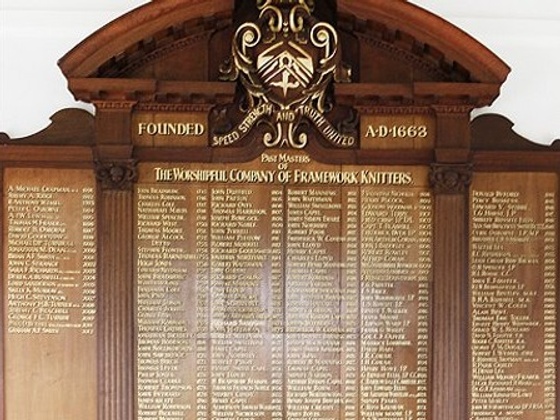 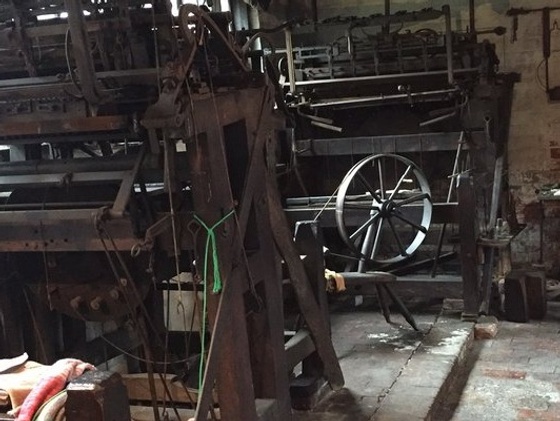 The Company’s Archivist, Simon Burrows has created a compilation with photographs of the Company’s current and former silver collection. 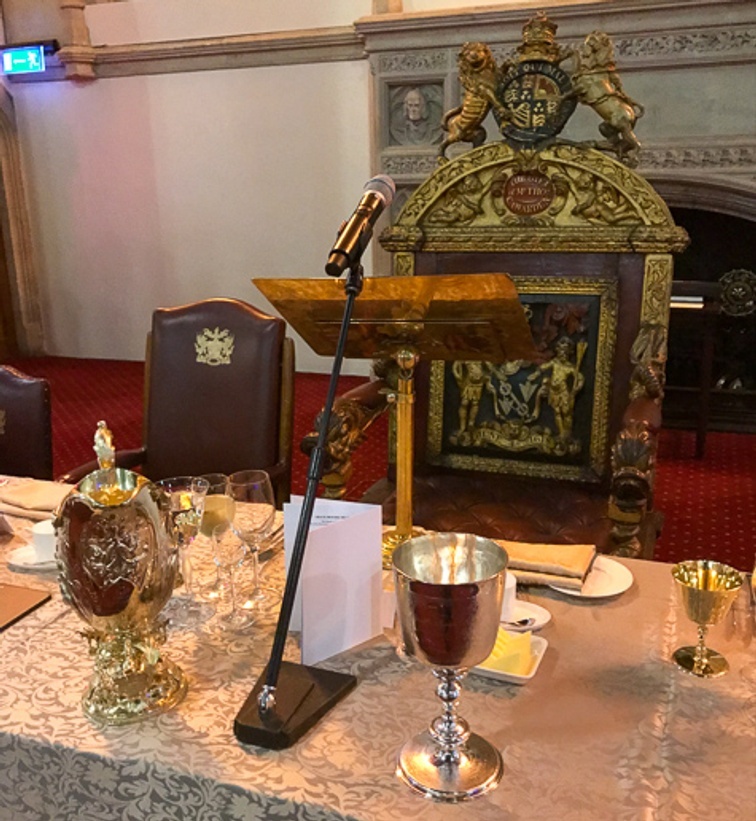 The photo above shows the 1618 Master’s chair and the 1656 Loving Cup ready for use at the October 2019 Livery Banquet.

Introduction to the Framework Knitters Company

Caitlin is interviewed by members of the Education Committee and, after we see a brief introduction to the roots of framework knitting at Ruddington’s Framework Knitters Museum, Past Master George Turner and others working in the industry explain the present-day framework knitting process. The video concludes with the presentation of Caitlin’s bursary award at the Company’s Mansion House banquet.

History of the Company and the development of framework knitting

Past Master George Turner is interviewed at the Framework Knitters Museum in Ruddington and talks about the history of the Company and the development of framework knitting from its late 16th century origins to a modern fashion industry.