This page provides information about the Company's military affiliations. For additional information please follow the links within the text or follow the individual links from the Links footer at the bottom of this page. 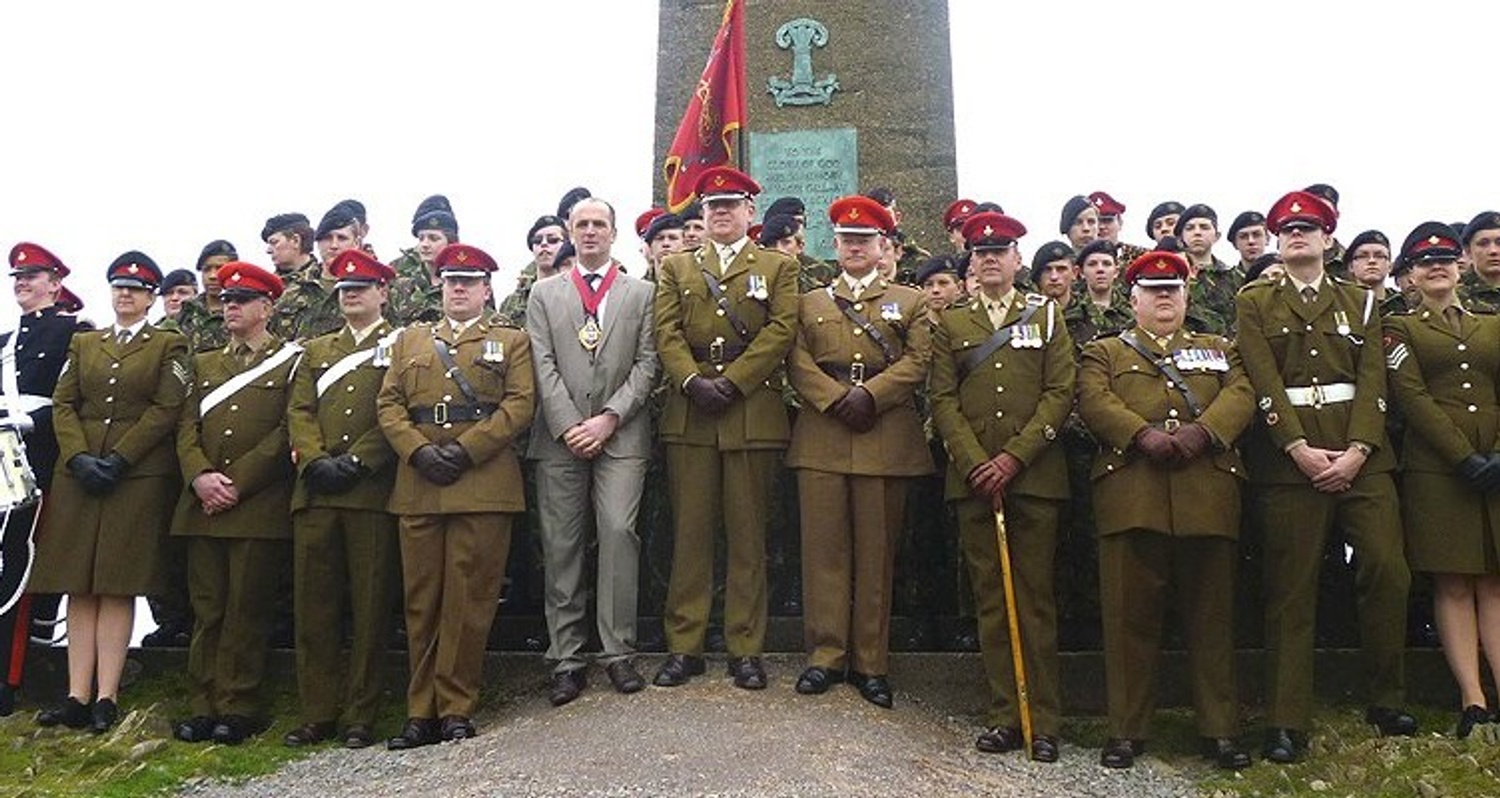 On 3rd November 2020 an affiliation was formed between The Worshipful Company of Framework Knitters and the Croydon Unit of the Sea Cadet Corps – TS Terra Nova. (‘TS’ stands for ‘Training Ship’, and is actually land-locked at Croydon TA Centre, 1 Mitcham Road, Croydon CR0 3RU.) The name comes from the late Admiral Lord Mountevans, who was captain of the expedition ship Terra Nova 1910–1913 and who visited the Unit in the 1940s.

The Sea Cadets’ aim is to give young people the best possible head start in life, through nautical adventure and fun, based on the customs and traditions of the Royal Navy. To this end, there are about 400 Sea Cadet units around the UK. Each is a charity in its own right but working under the guidance of the parent national charity. The Croydon Unit – like all other units – is manned by volunteers and attracts young people aged 10 to 18 from across the local area. Typically they have around 50 young people engaged in activities, mainly put on by unit volunteers, but also participating in district, area and national adventurous activities with a nautical flavour throughout the year.

Sea Cadet activity is community-based and not school-based, and aims to give young people a broad range of life skills and values that help them achieve their full potential. Above all, it provides young people with friends and a sense of belonging and purpose.

Our Company and the Sea Cadets share the common purpose of education and the development of young people so that they may maximise their potential and life chances.

Our broad objectives in securing this affiliation are for cadets to learn about our Company, its history and current activities, and also to learn about other Livery Companies, their work in supporting the City of London Corporation, and their charitable works, particularly in the education of young people. We also hope that the cadets will gain some experience of formal occasions by providing a carpet guard or assisting the Company in some other way, such as participating in the Lord Mayor’s Show.

On 8th September 2018 an affiliation was formed between The Worshipful Company of Framework Knitters and the South & East Midlands Wing Air Training Corps. The affiliation memorandum was signed during the Court meeting at Corah Hall on the Saturday of the Company's Leicester Weekend and this was the 100th affiliation of the Corps. More information may be seen in Past Master Sheila Turner's diary.

The aims of the organisation are to:

The Royal Air Force Air Cadets is also one of the largest operators of the Duke of Edinburgh Award Scheme as well as delivering a number of CVQO accredited qualifications.

Each year cadets from RAFAC take part in several parades, most notably Remembrance and Battle of Britain parades. The RAFAC also holds numerous annual competitions across a variety of sporting events and core activities such as drill, shooting and first aid. It holds an annual camp where cadets spend a week taking part in leadership and team building exercises, developing existing skills such as navigation and communications and learning new skills such as shotgun shooting and paddle sports. Young people may join from the age of 12, and in year 8, and then remain until their 20th birthday.

E (LDY) Squadron Royal Yeomanry is based at Tigers Road, South Wigston, Leicester. It has an establishment of six officer and 87 other ranks with a permanent staff of four. The squadron is currently recruited to about 70% of its establishment and has, until recently, had a large proportion of its soldiers deployed on operations in Afghanistan and also supporting the United Nations in Cyprus.

For the annual report and additional information regarding E (LDY) Squadron click here to view the web site.

Leicestershire, Northampton and Rutland Army Cadet Force, also based on Tigers Road, South Wigston has a Leicestershire & Derbyshire Yeomanry Cadet Squadron. F (LDY) Squadron LNR ACF has other detachments at Ashby, Barrow-Upon-Soar, Castle Donnington, Coalville, Ibstock, Loughborough, and Shepshed . The current ACF Squadron strength is in the region of 110, which includes officers, adult instructors and cadets. The Squadron also have a Corps of Drums, which play at events and activities in the area.

The Worshipful Company of Framework Knitters makes annual awards to members of E (LDY) Squadron and LNR ACF to recognise outstanding achievements and commitment. Reciprocal invitations are exchanged between organisations to dinners and events throughout the year.

Officers who are, or have served, with the LDY are eligible and encouraged to apply for Admittance to the Livery. Interested individuals should contact the Clerk.